I made it. The classes are finished, and I’ve officially begun my 9-day holiday, beginning with National Day Oct. 1 and stretching through Mid-Autumn Festival.

I did my first teaching observation this morning, and was quite impressed both with the teacher and the students. Then there was a noon meeting for the Going Abroad program, at which we may or may not have resolved anything. Then there was a pleasurable 2 1/2 hours with my own Sino-Australia program students. We talked about my own favorite topic – food – and I came prepared with a dozen different snack foods for them to sample, describe in English, and compare in a taste test. We had shredded fried squid, smelly black preserved eggs, dried fish, cookies, moon cakes, malted milk chocolate balls, rice crackers, and wheat wafers. The students had to tell about the ingredients, how the snack was cooked, and describe its color, taste, texture, and smell. Then their groups had to give a short “commercial” for their favorite snack. I think they enjoyed it. Oh yes, then I shared a printed recipe for plain old American meat loaf. Too bad I couldn’t show the video with the flamboyant chef who demonstrated it; maybe next time.

I battled the holiday rush traffic (in a bus) downtown, where I shopped for pants for my 100-cm waist (no luck), then went to the Isetan grocery store for chicken, pork, broccoli, French bread, and Edam cheese. Home again, home again (jiggedy-jig). DIARY OF A MAD TEACHER

If this is Wednesday, it means that my internet ADSL has finally been hooked up. It’s the 4th week of classes, which means that I’ve been deprived on my own internet connection for 5 weeks now. I’ve checked email sporadically on the computer in the teachers’ lounge, but as far as writing blog posts, fuggeddaboudit.

Picture it: a classic scene, a textbook example of the class from hell. If I’d had my camera Tuesday afternoon I could have captured students in the throes of terminal boredom, brain death, not-giving-a-shitness, and complete disregard for educational or social conventions. I was perched on narrow table, facing my “class” of 4 students – the 5th was behind me at the front of the class, doing his own thing – gazing in wonder at this tableau: the student who was speaking had his fingers in a tent formation over his nose, giving his muffled voice a nasal whine; next to him a catatonic student was poised with his upper lip resting on the top of a water bottle, as if his head had stopped there on its way down to the desk. He was too lazy to either take a drink or move the bottle so he could comfortably have nap time. Not two feet from me, a female student sent endless text messages on her cell phone, oblivious that a class was taking place (or testing my patience), while her male companion rested his weary head on his folded arms on the desk. Earlier, I had taught them the phrase “It’s like pulling teeth,” as in “Getting you guys to talk is like….” as I mimed pulling a heavy rope with my hands. Then there were “Rivers” and “Rain,” two students who showed up for class for the first time this semester, then promptly departed after 30 minutes, ebbing and flowing from class as their watery names implied. The students are accomplished specimens of the fine art of looking like mental flatliners.

Fortunately, I only have two classes like this. Accepting the things I cannot change, I have chosen to adopt an Alfred E. Newman “What, me worry?” attitude, to go with the flow, and to generally let it all hang out. One time I actually had to tell the kids that they were boring ME to death.

All is not lost; I have some priceless tidbits to commit to writing, such as this one from the first week of class. I gave the students a 5-minute writing task, to summarize how they had spent the previous weekend. Those who actually had pen and paper (this is, like, a college-level CLASS, as in SCHOOL, duh) went busily to work. One student, using the pencil I had lent him, made some quick notes and stopped writing, having spilled his entire written oeuvre onto the page in 30 seconds. I wandered up and glanced at his short outline. “You should practice writing in complete sentences,” I advised him. His reply: “They’re complete in my mind.” Oh. Meantime, his friend next to him sported an orange T-shirt with blue lettering that said “You know you want me.”

In case I haven’t mentioned it (I’m too lazy to read my previous post), I’m in a new job at Sichuan University, across town and light years away from the quiet atmosphere of my former university. My 6th-floor apartment is now semi-painted, my sinuses are suffering this week from bad pollution, and each morning our building’s manager points a thermometer “gun” at our heads to register our temperature; the university must show due diligence in protecting both foreigners and students from the H1N1 virus.

Last weekend was a field trip to two local museums: the Jinsha Relics site, showing excavations from 2,500 years ago, and the new Sichuan Provincial Museum, a catch-all institution devoted to local culture and artworks. In between, of course, there was a delicious lunch. Everything looks better after food….

My goal in life: to survive until the October 1-8 National Holiday. More then.

Right now I feel like I’ve been lying in the middle of this expressway, feeling tires roll over me as I sink into the pavement.

It’s been the week from hell. Actually, two weeks. First there was the moving process – 7 trips by bus, taxi, and bicycle, then up 6 flights of stairs to my new home at Sichuan University. Then there was the dirt, and the musty smells, and the crud, and the streaked walls. I felt so, well, unclean whenever I was at home. Then Xiao Gou Gou was diagnosed with distemper. For 5 days now he’s spent all day at the pet hospital, locked in a cage with an IV drip in his leg. At 320 yuan ($45) a visit, the bills are adding up. He’ll live.

Then there’s the internet situation. There is none. I had to pay 1,000 yuan in advance for a year of internet, with the possibility that it’ll be hooked up in about 2 weeks. At the moment, I’m in an internet cafe, staring at an oversize Great Wall monitor designed for the computer games that all the kids around me are playing as if their lives depended on it.

Then, there are the classes – 6 of them. Doesn’t sound like much, but 4 of them are 2 hours 40 minutes, which is forever when you’re trapped in a classroom with 18-year-olds who don’t pay attention and can’t focus. And talk when I’m talking. And don’t have books, paper, or pens.

It hasn’t all been bad – OK, yes it has, who am I fooling? This too will pass. Maybe. Look for my next blog post in about 2 weeks, with any luck. 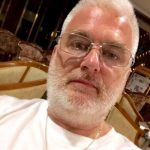